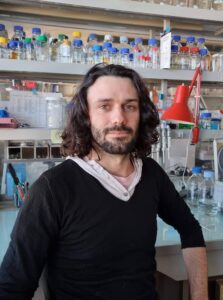 Valentin Quèbre will present their research on study of the DNA/Proteins complexes involved in bacterial DNA segregation.

Bacterial chromosomes and low copy number plasmids segregation is based on an active positioning mechanism. It consists in the partition systems that ensures the proper intracellular positioning of replicons to be faithfully transmitted to the daughter cells. The partition systems involves three cis-encoded partners. A DNA binding protein (ParB), is assembled in partition complexes at centromeric sequences (parS). An NTPase, which interacts with the partition complex, drives the segregation process and allows the complexes, and thus the plasmids, to be properly positioned inside the cell. My Ph.D project focused first on the better understanding of the partition complex assembly of the widespread type I system of the F plasmid and pESBL. Then, to decipher the global mechanism of the partition process of the recently discovered atypical system on R388, which does not involve any plasmid encoded NTPase to ensure its intracellular positioning.
Thus, my project is divided in three parts, aiming to (i) understand by an mutational approach, the initiation mechanism for the self-assembly of the majority of F plasmid ParB in a dynamic high molecular weight complex around parS, (ii) identify the pESBL partition system partners, in vitro characterize the ParB/parS interaction profile and in silico determine the group to which it belongs, (iii) identify the roles of the different domains of the R388 DNA binding protein StbA in its activities and characterize the StbA interaction modalities on its centromere by high throughput sequencing and biochemical approaches, to understand the partition complex architecture.
This study allows us to improve our knowledge on the Type I partition system and to shed light on the DNA/protein interaction specificities of an atypical system, carried by broad-host-range plasmids, opening the way to a better understanding of DNA segregation mechanism.. 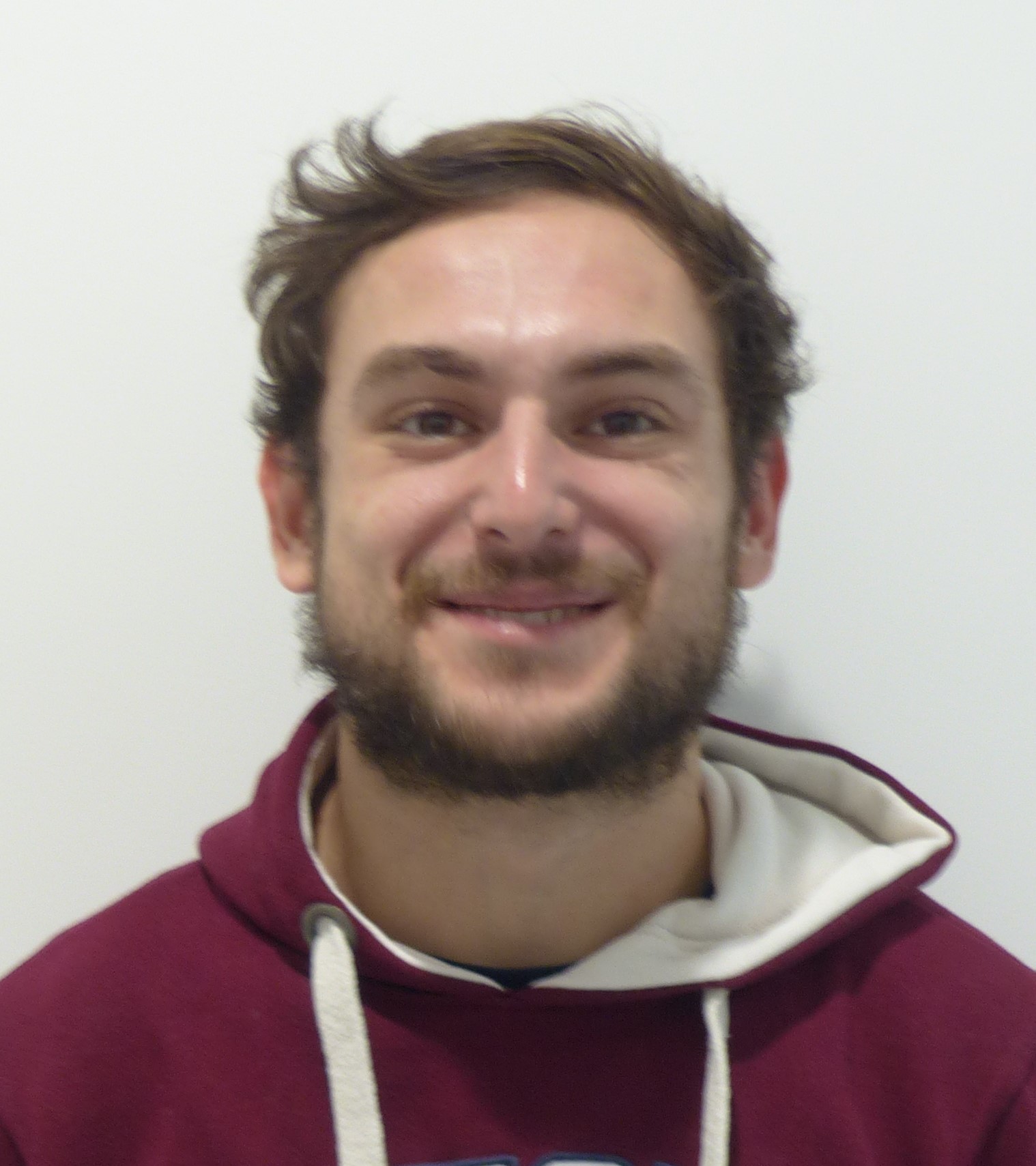 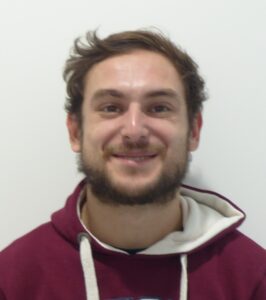 Mickaël Maziero will present their research on the competence induction pathways caracterisation for Streptococcus pneumoniae transformation.

Streptococcus pneumoniae is a pathogenic bacterium commensal of human nasopharynx. This bacterium is involved in multiple pathologies such as pneumonia, otitis media and meningitis. According to the world health organisation, it is responsible for several million deaths per year. This bacterium poses many problems due to its adaptability skill based on its ability to perform natural genetic transformation. Natural transformation allows cells to capture exogenous DNA in the external environment, internalize it into the cytoplasm and recombine it into the chromosome by homologous recombination. By this way, pneumococcus is able to easy acquire new genetic traits. This ability is transient and only takes place during a stress-induced physiological state called competence. The comCDE operon is the central element in triggering the competence state. The secreted peptide encoded by the comC gene is capable of activating the two-component regulatory system ComD/E. Sequentially at this activation, ComD/E which will auto-activate its own transcription, generating an positive autocatalytic loop and resulting in a rapid populational switch to competence. Due to its exponential propagating nature, competence must be tightly regulated. However, the external stimuli and molecular signalling pathways controlling competence development remain poorly characterized. The work of this thesis aims to address this issue. We have demonstrated that fever-level temperatures induce competence. We have characterized the molecular pathway linking this stress to the comCDE operon. We have also shown that this induction pathway is not the only one for competence stimulation and that at least one independent second exists and involves a toxin/antitoxin system cibling the cellular DNA replication machinery. The fact that there is an existence of multiple pathways converging on the comCDE operon strongly suggests that competence is a general stress regulon and that is highly linked to the pneumococcal cell cycle. 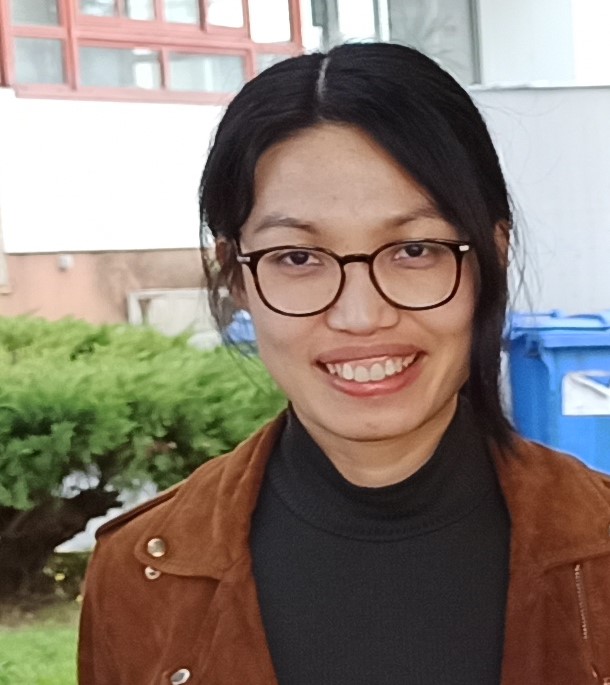 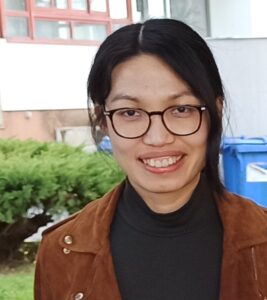 Yiying Yang will present the results of her PhD work on the mechanisms of the biogenesis and maintenance of the outer membrane in Gram-negative bacteria.

Gram-negative bacteria include a number of dreadful animal pathogens that are particularly resistant to antibiotic therapies thanks to the sheltering function of their bacterial envelope. The envelope is composed of an inner and an outer membrane (IM and OM), and the separating periplasm containing the peptidoglycan (PG). The outer leaflet of the OM bilayer largely consists of lipopolysaccharide (LPS) that forms a permeability barrier against toxic molecules, including detergents and small hydrophobic molecules. Nutrients are transported via OM-spanning proteins (OMPs). Other OMPs perform envelope biogenesis functions, including the assembly of OMPs and LPS. OMPs are assembled into the OM by the beta-barrel assembly machinery (BAM), a heteropentamer containing the essential OMP BamA and four lipoproteins BamBCDE. The assembly of LPS requires another essential OMP, LptD, which stably associates with the lipoprotein LptE. Defective assembly of OMPs causes envelope stress and renders Gram-negative bacteria sensitive to antibiotics and detergents. Hence, the BAM complex represents a promising target for the development of new therapies.The mechanistic details of how the BAM complex functions ensuring efficient OM biogenesis are only marginally understood. By using a quantitative mass-spectrometry strategy the hosting lab has recently identified two novel putative interactors of the BAM complex of Escherichia coli, the lipoproteins DolP (formerly YraP) and BilB, both of unknown functions. The aim of this PhD thesiswork was to characterize the roles of DolP and BilB at the BAM complex. 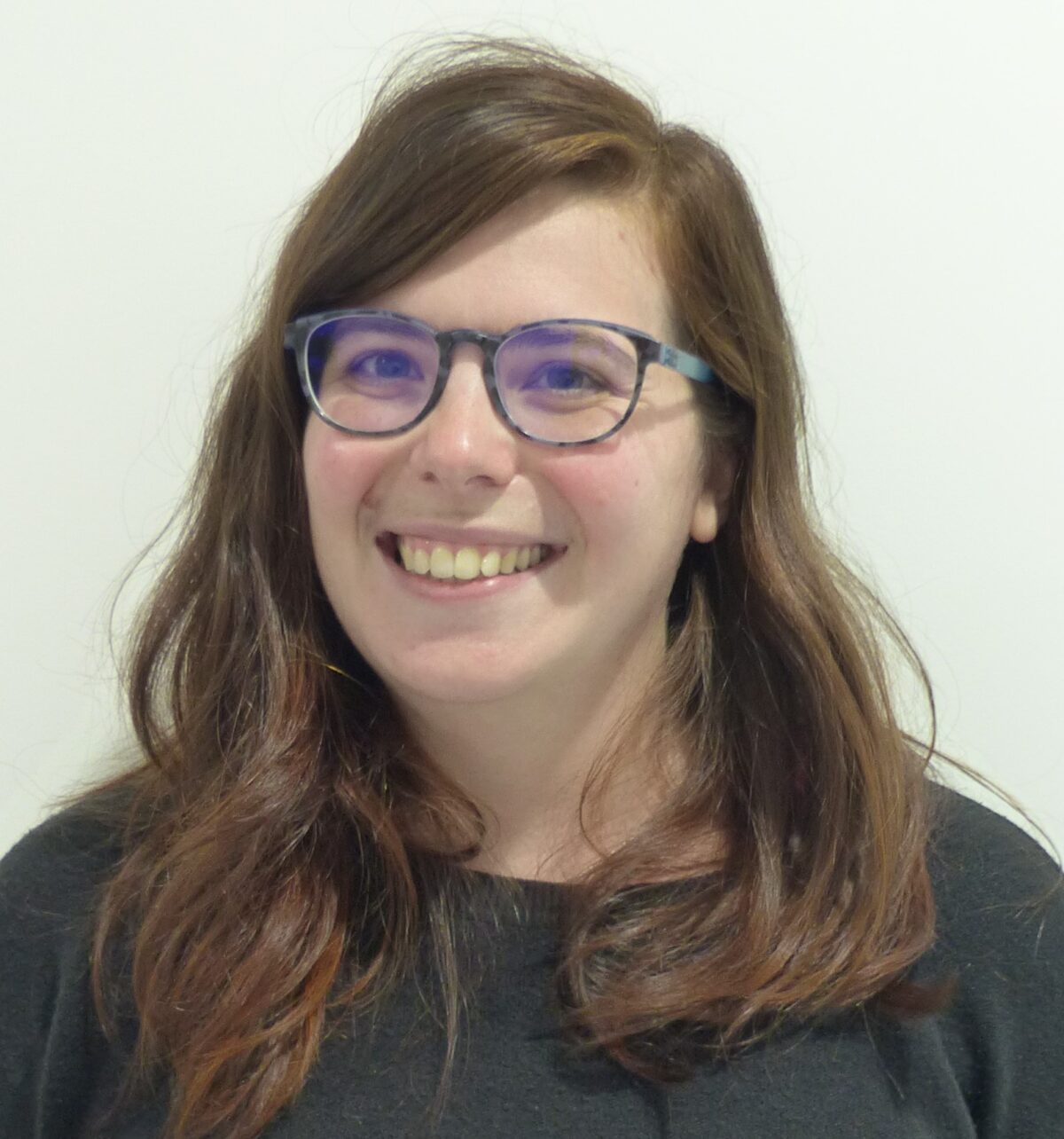 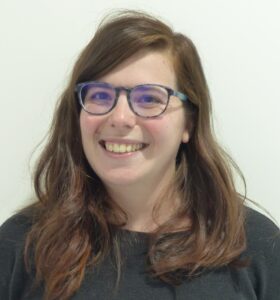 Natural genetic transformation is a programmed mechanism of horizontal gene transfer in bacteria. It requires the entry of cells into a transient physiological state called competence, during which a large membrane-associated multiprotein complex is synthesized and ensures binding, internalization and integration by homologous recombination of exogenous DNA into the recipient genome. In the human pathogen Streptococcus pneumoniae, this machinery assembles at the cytoplasmic membrane and across the cell wall at midcell, the division site. In this species, competence develops in every cells of an exponentially growing culture and causes a growth arrest phenotype, suggesting a functional link between competence development and the cell cycle. During my thesis, I investigated the mechanism of this growth arrest.
I first tested the involvement of different components of the transformation machinery, localized at the division site, in the growth arrest observed during the induction of competence. This research allowed me to demonstrate that the assembly of the transformation pilus, responsible for the capture of exogenous DNA, leads to the aggregation of competent cells. My results suggest that this aggregation plays a role in fratricide, a process specific to S. pneumoniae in which competent cells develop the ability to “kill” non-competent sister cells.
I also adapted a super-resolution microscopy technique, with the aim of understanding the molecular mechanism of the inhibition of cell division in competent cells. I have developed tools allowing 3D- PALM (PhotoActivated Localization Microscopy) acquisitions, a microscopy technique based on single molecule localization with a resolution of about 50 nm, to determine the structure of the FtsZ ring in 3 dimensions. To study the fate of the FtsZ ring during the different stages of the cell cycle, I measured the morphological parameters of each cell from phase contrast images. My first results show that the FtsZ proteins form a heterogeneous ring with dimensions ranging from 300 to 700 nm in diameter, while the thickness (~110 nm) and depth (~100 nm) remain constant during the cell cycle. The presence of areas of high fluorescence intensity and areas of lower intensity indicate that the proteins are not homogeneously distributed in the ring but are grouped as clusters of varying density. 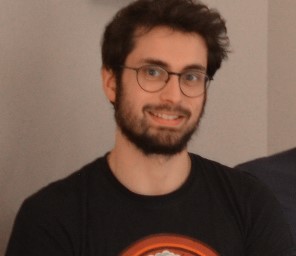 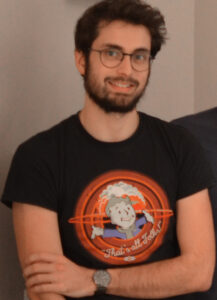 Cyril Moulin, PhD student supported by the Ligue Contre le Cancer and the Fondation pour la Recherche Médicale, will present the results of his PhD work on the mechanisms of mitochondrial matrix and inner membrane protein biogenesis.

For this occasion, on the 6th of July starting from 2:30, Maria Bohnert (Münster University) and Thomas Becker (Bonn University) will present their research on the biogenesis and dynamics of cell organelles in two consecutive short presentations (CBI Seminar Bohnert and Becker)